The performance schedule is as follows: Thursdays-Saturdays at 8 p.m. and Saturday and Sunday matinees at 2 p.m.; there will be no matinee Saturday, January 26. Press night for Sweeney Todd will be Friday, January 25, 2019. Single tickets range in price from $35-$52 and are available now by calling 650-349-6411 ext. 2 or visiting hillbarntheatre.org.

“Sweeney Todd is an equally thrilling and chilling tale about the desire for revenge and the desire of a monster’s search for love,” says Dan Demers, Hillbarn Theatre’s Executive Artistic Director. “We can’t wait to bring audiences to the edge of their seats as the drama unfolds.”

Sweeney Todd, an unjustly exiled barber, returns to nineteenth century London seeking vengeance against the lecherous judge who framed him and ravaged his young wife. The road to revenge leads Todd to Mrs. Lovett, a resourceful proprietress of a failing pie shop, above which, he opens a new barber practice. Mrs. Lovett’s luck sharply shifts when Todd’s thirst for blood inspires the integration of an ingredient into her meat pies that has the people of London lining up… and the carnage has only just begun!

Sweeney Todd has become a bloody, worldwide success since being awarded eight Tony Awards, including Best Musical, for its Broadway premiere. This thrilling, theatrical treat has simultaneously shocked, awed, and delighted audiences across the world, and in 2007, was adapted for the screen, starring Johnny Depp as the infamous Demon Barber of Fleet Street.

Under the direction of Josh Marx, Sweeney Todd is led by Keith Pinto* as the titular barber, Heather Orth as the “meat” pie-slinging Mrs. Lovett, Chris Vettel* as the sinister Judge Turpin, Sam Nachison as The Beadle, Jennifer Mitchell, and Jaron Vesely as star-crossed lovers Johanna and Anthony, Jesse Cortez as the rival Italian barber, Adolfo Pirelli; Ross Briscoe as Pirelli’s apprentice, Tobias Ragg, and Juliet Green as the mysterious beggar woman.

Up next, Hillbarn Theatre presents a comic play where love and fortune intertwine, Leading Ladies (March 7 – 24, 2019); and closes the season with crowd-favorite musical Mamma Mia!, the hilarious story of a young woman’s search for her birth father on a Greek island paradise (May 9 – 26, 2019).

Since 1941, the historic Hillbarn Theatre has served the San Francisco Bay Area by embracing this founding ideal – to create theatre with the community, for the community, striving always for excellence in production and education. Hillbarn has won a Theater Critics Circle Award, was accepted at the Edinburgh Theatre Festival, was honored with several mayoral proclamations for excellence in theatrical production and education, received three Theatre Bay Area awards, a Dean Goodman Awards for Artistic Excellence, and a Foster City Honors Award for Executive Director Lee Foster. 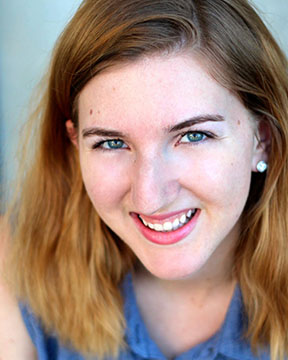 Hannah has been with the Conservatory since she was a junior in high school. She is now a sophomore in the theatre program at Marymount Manhattan College in NYC. Hannah has come full circle, from being in Conservatory shows (The Wedding Singer, Anything Goes, Rent, and Xanadu) to being a counselor during our Summer Conservatory…

Dear Friends, I just came from watching the first run through of The Foreigner, the second show of our 77th season, and let me tell you, you are in for a treat! It takes a unique set of actors and a deft director to pull off a wild comedy like this one – we have them. Brian…

FOSTER CITY, CA (October 18, 2016) – This holiday season, Hillbarn Theatre – the Peninsula’s premier community theatre company – will present Disney and Cameron Mackintosh’s Mary Poppins, the magical high-flying musical that has swept the hearts and imaginations of families around the globe. Based on the books by P.L. Travers and the classic Walt…

Want the latest news on upcoming Hillbarn productions, events and programs? Sign up for our email newsletter.