FOSTER CITY, CA (July 10, 2018) – Hillbarn Theatre, the Peninsula’s premier theatre company, opens its 2018–19 season with the Tony Award-winning musical WEST SIDE STORY. Shakespeare’s Romeo and Juliet is transported to New York City as two young, idealistic lovers find themselves caught between warring street gangs, the Jets and the Sharks. Their struggle to survive in a world of hate, violence, and prejudice is one of the most innovative, heart-wrenching and relevant musical dramas of our time. West Side Story will perform at Hillbarn Theatre (1285 East Hillsdale Blvd., Foster City) August 30–September 16, 2018.

The performance schedule is as follows: Thursdays—Saturdays at 8 p.m. and Saturday and Sunday matinees at 2 p.m.; there will be no matinee Saturday, September 1. Press night for West Side Story will be Friday, August 31, 2018. Single tickets range in price from $35–$52 and are available now by calling 650.349.6411 ext. 2 or visiting hillbarntheatre.org.

With a book by Arthur Laurents, music by Leonard Bernstein, and lyrics by Stephen Sondheim, West Side Story features some of Broadway’s most iconic songs, including “Something Coming,” “Maria,” “America,” “Somewhere,” “Tonight,” “I Feel Pretty,” and “One Hand, One Heart.” The original 1957 Broadway production ran for 732 performances and was nominated for six Tony Awards including Best Musical, winning for Best Choreography and Best Scenic Design. The 1961 musical film, directed by Robert Wise and Jerome Robbins, won ten Academy Awards including Best Picture.

“This timeless Broadway musical will be transformed in our intimate 179–seat theatre,” says Dan Demers, Hillbarn Theatre’s Executive Artistic Director. “I cannot think of a better time to tell the story of two people who transcend their differences with the power of love.” 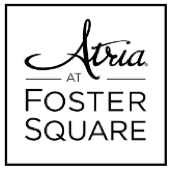 This production is sponsored by Atria at Foster Square, an upscale senior residence in Foster City. The thoughtfully designed community offers independent living, assisted living and memory care, and a lifestyle centered on connection and well-being.

This production is additionally supported by producers Jerry & Eve Lerman, who have been longtime patrons, supporters, and volunteers of Hillbarn Theatre.

ABOUT HILLBARN THEATRE
Since 1941, the historic Hillbarn Theatre has served the San Francisco Bay Area by embracing this founding ideal – to create theatre with the community, for the community, striving always for excellence in production and education. Hillbarn has won a Theater Critics Circle Award, was accepted at the Edinburgh Theatre Festival, was honored with several mayoral proclamations for excellence in theatrical production and education, received three Theatre Bay Area awards, a Dean Goodman Awards for Artistic Excellence, and a Foster City Honors Award for Executive Director Lee Foster.

FOSTER CITY, CA (February 1, 2017) – Hillbarn Theatre, the Peninsula’s premier theatre company, continues its “Season of Belonging” with Neil Simon’s classic farce, Rumors. This Broadway hit tells the story of Charley and Myra Brock who are celebrating their 10th wedding anniversary and have invited all their good friends. Chris and Ken Gorman, a…

Dear Friends, We can hardly believe it but it’s time for auditions! We could not be more excited at the potential to work with you on our 76th season! We are dedicated to making this season as good as the last and we know together we will create beautiful, powerful, and unforgettable theatre. We have heard your feedback from… 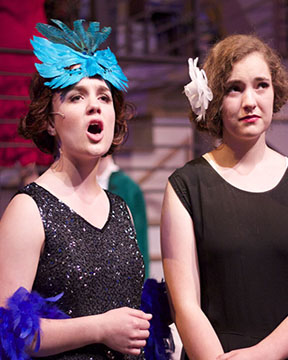 Performer of the Month: Sarah Gloss Sarah Gloss is in her sophomore year at San Mateo High School. Past roles include Ethel McCormick in Footloose, Bubble Girl/Maid in Nice Work If You Can Get It, The Baker in Into the Woods, Rosalia in West Side Story, and Pinocchio in Shrek. She has been performing with the Hillbarn Conservatory since…