Highlights of the season include the hilarious maritime musical, ANYTHING GOES; the satirical farce, IT’S ONLY A PLAY; the Tony Award-winning musical, NEWSIES; the Broadway sci-fi cult musical, LITTLE SHOP OF HORRORS; the sidesplitting comedy, LAUGHTER ON THE 23RD FLOOR; and the critically-acclaimed musical, LA CAGE AUX FOLLES.

Hillbarn Theatre’s season will conclude with the world premiere play THE FOUR GIFTS, based on the memoir by San Mateo resident Fr. Joseph Bradley

FOSTER CITY, CA (January 29, 2019)—Following an exhilarating 2018–19 season, Hillbarn Theatre, the Peninsula’s premier theatre company, announced the productions that will comprise its 2019–20 season. Highlights include the hilarious maritime musical, ANYTHING GOES; the satirical farce, IT’S ONLY A PLAY; the Tony Award-winning musical, NEWSIES; the Broadway sci-fi cult musical, LITTLE SHOP OF HORRORS; the sidesplitting play, LAUGHTER ON THE 23RD FLOOR; and the critically-acclaimed musical, LA CAGE AUX FOLLES. Hillbarn Theatre closes its season with the world premiere play THE FOUR GIFTS, based on the memoir of San Mateo local Fr. Joseph Bradley. All performances will be held at Hillbarn Theatre, (1285 East Hillsdale Blvd. Foster City). Subscriptions ($210 – $336) are on sale now at hillbarntheatre.org or by calling 650.349.6411. Tickets for individual productions will go on sale at a later date.

“My selections for Hillbarn Theatre’s 2019–2020 season offer comedies ranging from the satiric to the farcical, along with uplifting musicals that are a testament to the human spirit,” says Executive Artistic Director Dan Demers. “I can’t wait to share another season full of laughter, heartfelt moments, and an exciting world premiere with local ties with theatergoers.”

Hillbarn Theatre celebrates its 79th season as the Peninsula’s premier community theatre company with new opportunities and performances to showcase its artistic vision throughout the Peninsula and the Bay Area. Hillbarn Theatre hopes to see another exciting year of possibilities and growth as well as uphold its timeless mission statement, “To create theatre with the community, for the community, striving always for excellence in production and education.”

Music, dance, laughs, and the age-old tale of Boy Meets Girl—no musical puts it on stage better than Anything Goes. A hilarious shipboard romp, wrapped around one of Cole Porter’s most magical scores, this musical is delightful, delicious, and de-lovely. The 1987 version to be performed at Hillbarn received three Tony Awards and three Drama Desk Awards.

In Terence McNally’s comedy, it’s the opening night of The Golden Egg on Broadway, and the wealthy producer Julia Budder is throwing a lavish party in her Manhattan townhouse. Downstairs the celebrities are pouring in, but the real action is upstairs in the bedroom, where a group of insiders have staked themselves out to await the reviews. The group includes the excitable playwright; the possibly unstable wunderkind director; the pill-popping leading lady, treading the boards after becoming infamous in Hollywood; and the playwright’s best friend, for whom the play was written but who passed up this production for a television series. Add to this a drama critic who’s panned the playwright in the past and a new-in-town aspiring singer, and you have a prime recipe for the narcissism, ambition, childishness, and just plain irrationality that infuse the theatre—and for comedy. But don’t worry: This play is sure to be the hit they have all been hoping for.

Set in turn-of-the century New York City, Newsies is the rousing tale of Jack Kelly, a charismatic newsboy and leader of a band of teenaged “newsies.” When titans of publishing raise distribution prices at the newsboys’ expense, Jack rallies newsies from across the city to strike against the unfair conditions and fight for what’s right! Based on the 1992 motion picture and inspired by a true story, Newsies features a Tony Award-winning score by Alan Menken (Little Shop of Horrors, Sister Act) and Jack Feldman and a book by Tony Award winner Harvey Fierstein (Kinky Boots). Featuring the now-classic songs “Carrying the Banner,” “Seize the Day,” and “Santa Fe,” Newsies is packed with non-stop thrills and a timeless message, perfect for the whole family and every audience.

A deviously delicious Broadway and Hollywood sci-fi cult musical, Little Shop Of Horrors has devoured the hearts of theatre goers for over 30 years. Howard Ashman and Alan Menken (Disney’s The Little Mermaid, Beauty and the Beast, and Aladdin) are the creative geniuses behind what has become one of the most popular shows in the world. The meek floral assistant Seymour Krelborn stumbles across a new breed of plant he names “Audrey II”—after his coworker crush. This foul-mouthed, R&B-singing carnivore promises unending fame and fortune to the down and out Krelborn as long as he keeps feeding it BLOOD. Over time, though, Seymour discovers Audrey II’s out of this world origins and intent towards global domination!

This comedic play is inspired by the playwright Neil Simon’s youthful experience as a staff writer on Sid Caesar’s “Your Show of Shows.” It features all the attendant comic drama as the harried writing staff frantically scrambles to top each other with gags while competing for the attention of star madman “Max Prince.” Simon is widely regarded as one of the most successful, prolific and performed playwrights in the world, and Laughter on the 23rd Floor was hailed by Variety as “the funniest comedy on Broadway in years and likely to remain the funniest comedy on Broadway for years.”

After twenty years of un-wedded bliss Georges and Albin, two men partnered for better-or-worse, get a bit of both when Georges’ son (fathered during a one-night fling) announces his impending marriage to the daughter of a bigoted, right-wing politician. Further complicating the situation is the ‘family business’: Albin and Georges run a drag nightclub in St. Tropez, where Albin is the “star” performer ‘Zaza’. Georges reluctantly agrees to masquerade as “normal” when he meets the family of the bride-to-be. But Albin has other plans, with hilarious results. With a book by Harvey Fierstein and lyrics and music by Jerry Herman, La Cage aux Folles remains one of the all-time biggest hits, adding new dimension to the boulevard comedy.

By all rights, Father Joseph Bradley should be dead. If past usage of beer, marijuana, and cocaine didn’t do the trick, then certainly heart failure should have. Instead, by the grace of God, he is alive, clean, sober, and a functioning Catholic priest with another man’s heart beating in his chest. But it came at a huge cost. Based on the memoir by Father Joseph Bradley, a priest in residence at St. Gregory’s Catholic Church in San Mateo, the world premiere of this play will be a two-part event. First, in the fall (exact dates to be announced), there will be a staged reading of the current draft of the play with the opportunity for audience feedback; then, in June, Hillbarn Theatre will produce the final version. 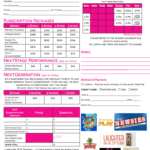 # # #
ABOUT HILLBARN THEATRE
Since 1941, the historic Hillbarn Theatre has served the San Francisco Bay Area by embracing this founding ideal – to create theatre with the community, for the community, striving always for excellence in production and education. Hillbarn has won a Theater Critics Circle Award, was accepted at the Edinburgh Theatre Festival, was honored with several mayoral proclamations for excellence in theatrical production and education, received three Theatre Bay Area awards, a Dean Goodman Awards for Artistic Excellence, and a Foster City Honors Award.

FOSTER CITY, CA (January 31, 2018) – Hillbarn Theatre, the Peninsula’s premier theatre company, continues its 2017–18 season with Bernard Pomerance’s award-winning drama, THE ELEPHANT MAN (March 8–25, 2018). THE ELEPHANT MAN is based on the life of John Merrick, who lived in London during the latter part of the nineteenth century. A horribly deformed…

FOSTER CITY, CA (October 18, 2016) – This holiday season, Hillbarn Theatre – the Peninsula’s premier community theatre company – will present Disney and Cameron Mackintosh’s Mary Poppins, the magical high-flying musical that has swept the hearts and imaginations of families around the globe. Based on the books by P.L. Travers and the classic Walt…