FOSTER CITY, CA (August 28, 2018) – Hillbarn Theatre, the Peninsula’s premier theatre company, continues its 2018–19 season with Michael Frayn’s award-winning comedy, Noises Off. Hailed by the New York Times as “the most dexterously realized comedy ever about putting on a comedy,” Noises Off will perform at Hillbarn Theatre (1285 East Hillsdale Blvd., Foster City) October 11–28, 2018. The performance schedule is as follows: Thursdays—Saturdays at 8 p.m. and Sunday matinees at 2 p.m. Press night for Noises Off will be Friday, October 12, 2018. Single tickets range in price from $35–$52 and are available now by calling 650-349-6411 ext. 2 or visiting hillbarntheatre.org.

Noises Off presents a manic menagerie of itinerant actors rehearsing a flop called Nothing’s On. Doors slamming, on and offstage intrigue, and an errant herring all figure in the plot of this hilarious and classically comic play. In 1982, Noises Off received the Olivier Award for Best Play and the London Evening Standard Award for Best Comedy, and in 1984 it was nominated for both a Tony Award and Drama Desk Award for Best Play.

“Noises Off is arguably one of the best comedies ever written,” says Dan Demers, Hillbarn Theatre’s Executive Artistic Director. “This side-splitting comedy, helmed by Jeffrey Lo, is one that patrons will not want to miss. I am looking forward to audiences experiencing the nuanced humor of the show in our intimate space.”

Since 1941, the historic Hillbarn Theatre has served the San Francisco Bay Area by embracing this founding ideal – to create theatre with the community, for the community, striving always for excellence in production and education. Hillbarn has won a Theater Critics Circle Award, was accepted at the Edinburgh Theatre Festival, was honored with several mayoral proclamations for excellence in theatrical production and education, received three Theatre Bay Area awards, a Dean Goodman Awards for Artistic Excellence, and a Foster City Honors Award for Executive Director Lee Foster.

Georgia Pertsch has blossomed on the Hillbarn Conservatory stage!  She started out in Hillbarn Conservatory’s outreach program at her middle school where she did her first production, The Little Mermaid. Although she didn’t know it yet, that would be the start of a long line of shows Georgia would perform in. We’ve seen Georgia play animals… 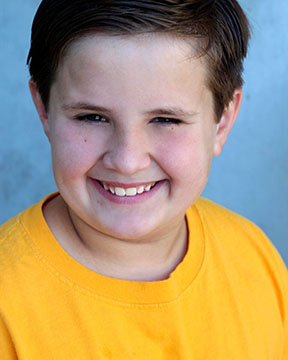 Joseph Gloss has been with Hillbarn Conservatory since third grade. While at Hillbarn Conservatory, Joseph has been Baloo in The Jungle Book, Iago in Aladdin, an Oompa Loopa in Willy Wonka, The Footman in Cinderella, Rapunzel’s Prince in Into the Woods, Jud in Oklahoma, and Archie in 13: The Musical!  Last month, he was in San Mateo…

Want the latest news on upcoming Hillbarn productions, events and programs? Sign up for our email newsletter.