A different time is evoked in this marvelously theatrical and winning show, a live broadcast of a The Mutual Manhattan Variety Cavalcade from the Hotel Astor’s Algonquin Room on December 21, 1942. The spirit of that bygone era when the world was at war and pop music meant “Strike Up the Band” and “Boogie Woogie Bugle Boy” (both are in this show) is accurately captured as the harassed producer copes with a drunk lead singer, the delivery boy who wants a chance in front of the mike, the second banana who dreams of singing a ballad, and the trumpet playing sound effects man who chooses a fighter plane over Glenn Miller.

All prices include a $2 service charge
Discounts available for groups of 10 or more! Call 650.349.6411 x 302.
Subscriptions still available for purchase.

Please note: If you are having difficulty purchasing tickets please call the box office 650.349.6411 x2 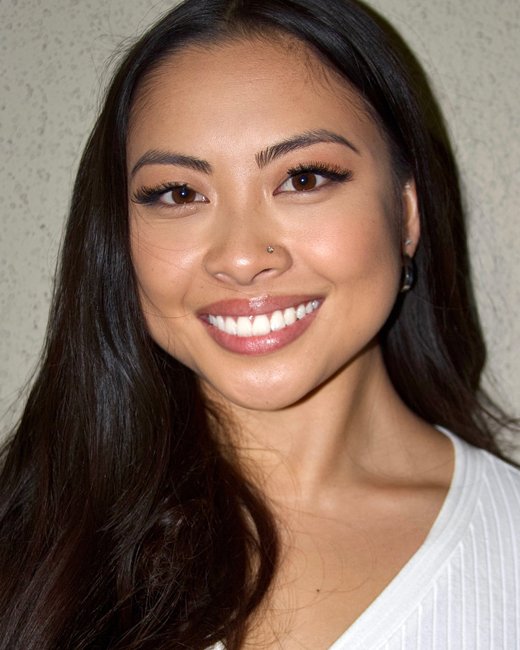 Connie
Kylie (she/her) is super excited to finally be back on stage again, especially with the Hillbarn family! She is currently a nursing student and a children’s ballet director & teacher at Broadway Babies and Kids. Her most recent/pre-pandemic roles include Crystal in Little Shop of Horrors (Hillbarn) and Sandy in Grease (BBBay). She’d like to thank her supportive family and friends who have continued to cheer her on. Enjoy the show! 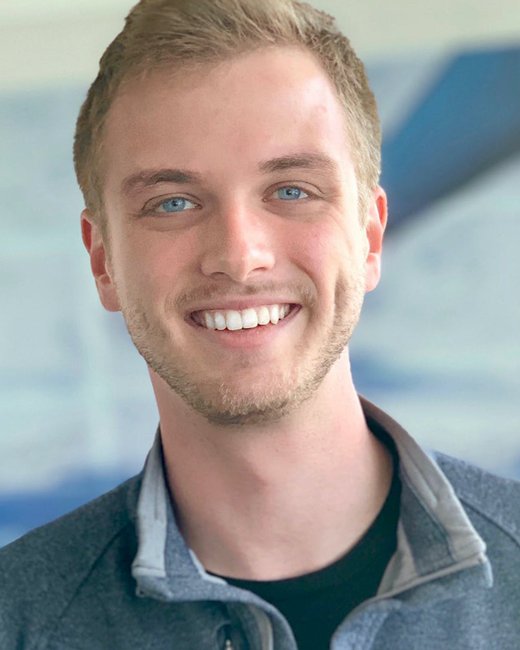 Neal
Andrew Cope (he/him) is delighted to be spending his holiday season performing in his first show with Hillbarn Theatre. He most recently performed in SCP’s Big Fish and SBMT’s A Gentleman’s Guide to Love and Murder. He thanks all his friends, family, coworkers, and his pet tortoise for their love and support.

Clifton Feddington
Ray D’Ambrosio (he/him) is happy to return for his fourth Hillbarn appearance, following Hunchback of Notre Dame, Legally Blonde, and Amadeus.  This is Ray’s second post-pandemic performance, following Working, A Musical at Palo Alto players in the fall.  Other favorite roles include Henry Higgins in My Fair Lady (SBMT), Billy Flynn in Chicago (Stage 1), Cogsworth in Beauty and the Beast and Moonface Martin in Anything Goes (BBBay and PCRT), and Pontius Pilate in *Jesus Christ Superstar (*Stage 1) (TBA Award). Forever love and thankfulness for my power-behind-the-microphone, my wife Donna.

Juliet (she/her) is grateful to be back (live!) at Hillbarn, where she was last seen as the Beggar Woman in Sweeney Todd, and has also appeared there in My Way and City of Angels. Other recent roles include Miss Shields in A Christmas Story, Mama Murphy in Bright Star and the Lady of the Lake in Spamalot (all with Palo Alto Players), and the Witch in Los Altos Stage’s Into the Woods. By day, she teaches music and drama at Corte Madera School in Portola Valley (Go Panthers!) and sings with vocal jazz quartet Clockwork. 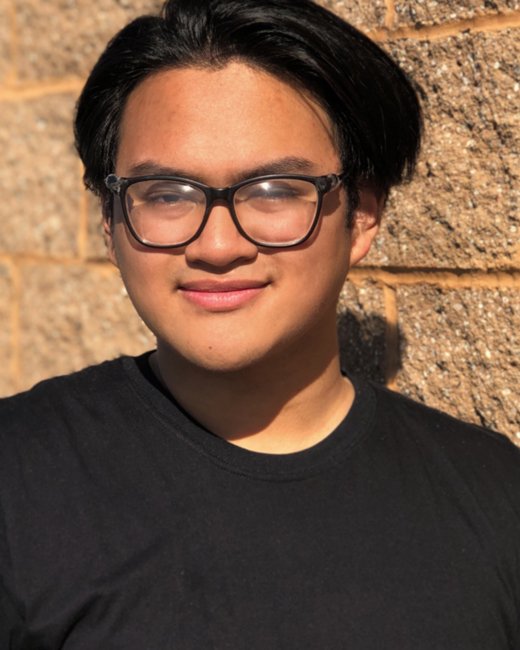 Wally Ferguson
Kyle (he/him) is 19 years old and ecstatic to be joining Hillbarn Theatre for its triumphant return to the stage! Although he only discovered the theater arts, he immediately fell in love, joining his high school productions of RENT, Aladdin, Once on This Island, and Sister Act! Kyle will be making his Hillbarn debut and is very excited to see what else is in store for him in the wonderful world of Bay Area theater! He thanks his friends, family, and fellow castmates for everything and hopes you enjoy our show! 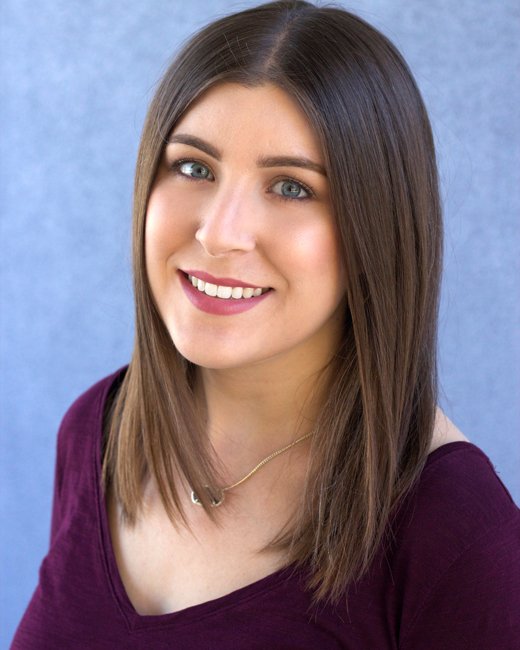 Pit Singer/Ginger Swing
Michelle (she/her) is so excited to be back performing at Hillbarn! Prior to the pandemic, she was in the cast of Hillbarn’s Mamma Mia and Anything Goes, and designed the props for their production of Newsies. Michelle is on the board at Pacifica Spindrift Players as the VP of Grants and Sponsorships. By day, she gets to dream up makeup shade names as the Senior Copywriter at KVD Beauty. Much love and big thanks to her husband Cody for all his support! 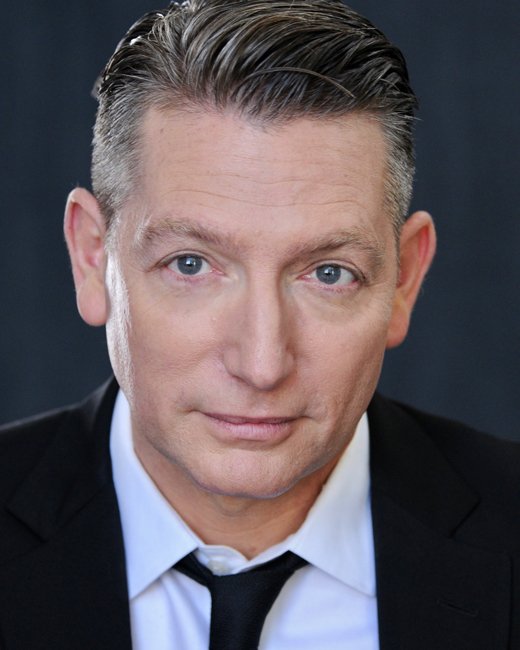 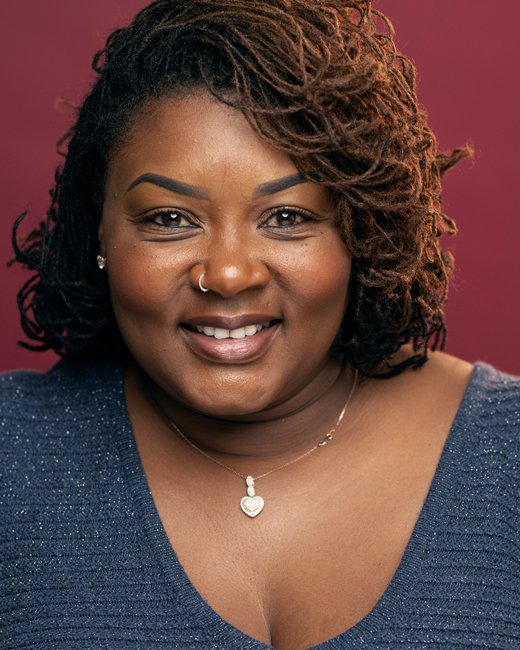 Geneva
Phaedra Tillery Boughton (she/her) is a Bay Area based actor and arts advocate.  Her past theater productions include Newsies, The Color Purple, To Kill a Mockingbird (Hillbarn). Caroline or Change, Little Shop of Horrors (Ray Of Light Theatre & Sitka Fine Arts), Newsies (Woodminster), Tarzan (PAP), Avenue Q (NCTC). She consistently challenges the concept of traditional theatre and finds new ways to push the boundaries of creativity and inclusion in the theatre community. She thanks her friends and family for their continued support. She sends an extra special thanks to her wife Jasmine, daughter NuPhaeya and Bonus son Michael. You three are dreams in reality! 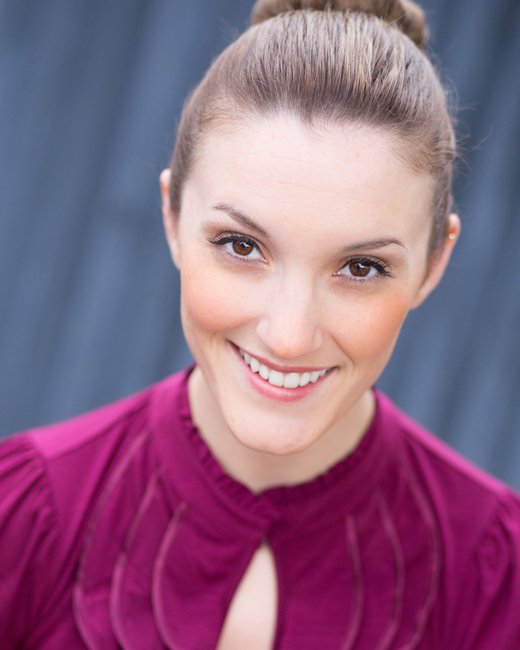 Ann
Jillian (she/her) is thrilled to make her Hillbarn debut! A Bay Area native, she has performed at theme parks and theaters throughout California as well as Orlando, Florida. She also spent a year at sea singing on Azamara Club Cruises. Recent Bay Area credits include Sibella- A Gentleman’s Guide to Love and Murder, SBMT; Maria- Sound of Music, FMT; Chess in Concert & 110 in the Shade, 42nd Street Moon; JC Superstar, ROLT. When not performing, Jillian loves to travel, knit and watch TV with her husband and their pets – a labradoodle and 2 cats!

Pops
Alan (he/him) is making his Hillbarn Theatre debut. He has previously appeared with Custom Made Theatre (Braggart Soldier, Chess, Cloud 9), SF Shakespeare Festival (Hamlet, Comedy of Errors, Macbeth, Pericles), and We Players (Caesar Maximus, Psychopomp). He has written for PianoFight, SF Olympians, and the Edinburgh Festival Fringe, and excerpts from his musical The Theory of Everything were performed at Musical Cafe’s summer showcase in 2016. You can see him next spring at Central Works (Escape from the Asylum) and in an online production of Nick Payne’s Constellations, available in January.

Biff
Joe (he/him) is thrilled to return on stage here at Hillbarn Theatre. In his free time, you can find Joe scatting in his room, engaging in musical festivities, working out with his dog and cooking. He would like to thank the cast, crew, the artistic team, his family and friends for all of their support! 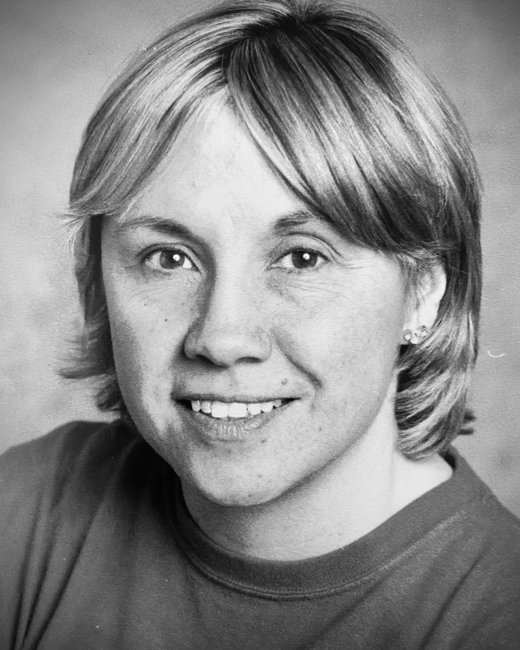 Rosie
Rosie (she/her) discovered her passion for theater by accident when the volunteer coordinator for a theater production her son was involved in needed someone to do props. She had no idea what that meant but it sounded like fun. Rosie has designed properties for Hillbarn, WCT, PPP and SHMS and has been known to travel outside the country in search of the perfect item. During the day she is a freelance translator. Thanks to Michelle, Rick, River, and Dan for the opportunity to play once again and reminding her to shut the door. Love to David, Chris, Taryn, Sam, and Harrison. 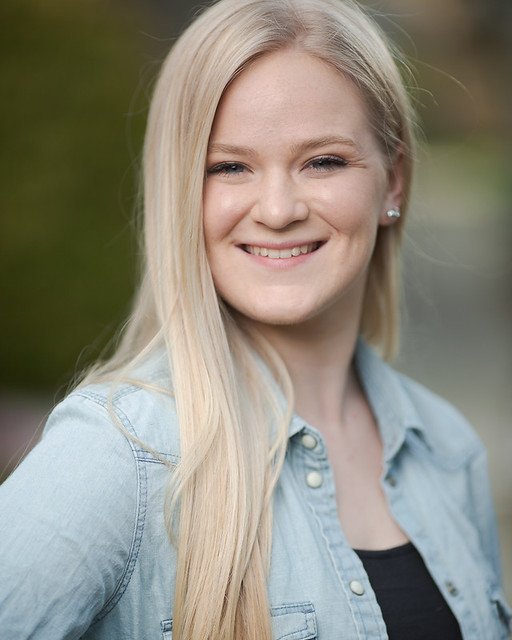 Pit Singer, Connie Swing
Emily Maupin (she/her) is a college student at College of San Mateo who has a passion for all kinds of dance. She has previously been in the ensemble in Anything Goes with Hillbarn, and was preparing to perform as Roxie Hart in Chicago at Skyline College, until COVID-19 changed all our lives. She’s excited and thankful to return to Hillbarn with the 1940’s radio hour, where she’s performing with such fun and talented people. She hopes everyone enjoys the first returning Hillbarn mainstage show and stays safe over the holidays.

Ginger Brooks
Fiona (she/her) is so grateful to be back on the stage at Hillbarn. She is a musical theater and theater jazz instructor at Spark of Creation Studio, and recently graduated from the Skyline College cosmetology program. Past theater credits include Vanessa in In the Heights, Baker’s Wife in Into the Woods, Francisca in West Side Story, and Chastity in Anything Goes. She’d like to thank her friends and family for their love and support. “Enjoy the show!” 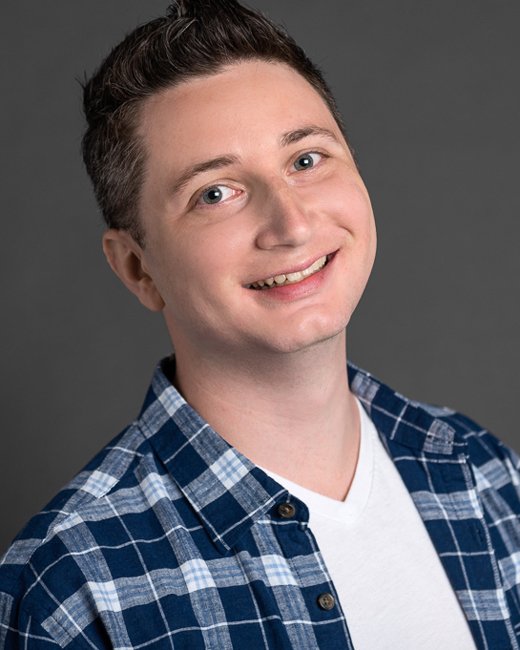 B.J. Gibson
Alex Rosenberg (he/him) is a multi-faceted performance artist based in the San Francisco Bay Area. Alex has a BFA in Dance from the Mason Gross School of the Arts at Rutgers University, where he performed in works by Meghan Frederick, Randy James, Martha Graham, and Bill T. Jones. Previous Roles Include: Newsies (Elmer), Marathon Dancing (Matthew), RENT (Ensemble), CATS (Pouncival), Avenue Q (Rod), The 25th Annual Putnam County Spelling Bee (Barfée). Off-stage, Alex is the Media Director for Zelda Universe and spends time playing video games poorly on Twitch. He thanks his friends and family for their endless support. https://wlo.link/@alexrosenberg 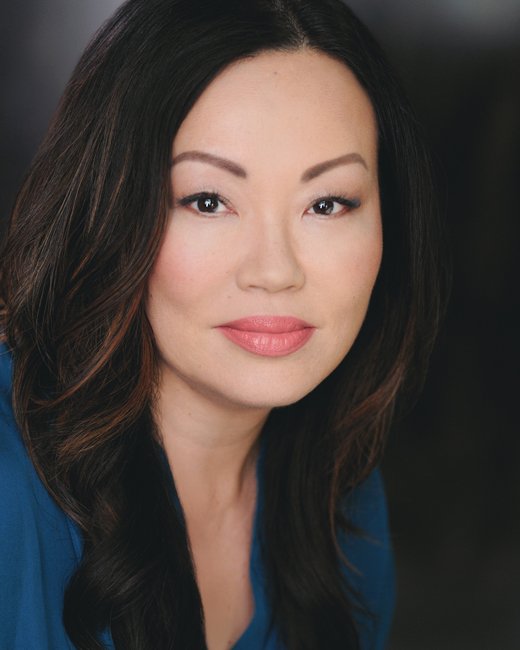